Poona is a city about 100km south-east of Bombay (now Mumbai), which was a popular social retreat for residents of Bombay as well as formerly the largest garrison town in the Deccan for the British Army. The British comedian, Spike Milligan, spent his childhood there (his father was in the Royal Artillery[1]). There was also another cantonment nearby, at Kirkee.

Poona was the headquarters of Poona District in the Central division of Bombay Presidency during the British period. See Bombay Districts. It was an important junction where the metre gauge Southern Mahratta Railway met the broad gauge of the Great Indian Peninsula Railway.

Modern Pune lies on the west side of the Deccan plateau beneath the Western Ghats (Sahyadri mountain range) at the confluence of the Mula and Mutha rivers. Known for its textiles and metal working, it is now the sixth largest city in India, with India's largest student population, and site of the ashram of the Orange People (followers of Sri Rajneesh).

Poona grew under the Moguls from 1636 as a trade route. Its importance escalated after 1750 when it became the capital of the Marathá Empire, where the Peshwas had their palace.

A battle for Poona in October 1802 between the Peshwa Bajirao II and the Holkars led to the 2nd Anglo-Maratha War.

The British involvement in Poona began after the 1802 Treaty of Bassein - when Peshwā Bjī Rao allowed the English to station a small military force in the town.

After the Peshwas were defeated at the Battle of Poona on 17/18 November 1817 (aka: Battle of Yeraoda) between the British and the Marathas near Poona in the 3rd Maratha War the city was seized. It was placed under the administration of the Bombay Presidency. The British built a large military cantonment to the east of the city (still used by the Indian Army).

The arrival of the railways opened up communication routes to Bombay, previously constrained by the terrain.

Poona Municipality was established in 1858 and was at one time the "monsoon capital" of the Bombay Presidency. 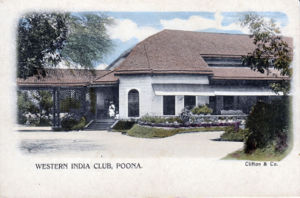 Sanskrit and Vernacular College est 1851/52, formed from the amalgamation of Poona’s English and Venacular schools, later it became the Deccan Arts College 1857, with an affiliation to Bombay University 1860.

The Engineering College was founded 1865 and was affiliated to Bombay University (its creation is contemporary with the construction of the Great Indian Peninsular Railway) Later (1880) it was known as the College for Science . It educated staff for the Public Works Department. Courses were offered in: Civil Engineering, Agriculture, Forestry, plus apprentice training.

Supplementing native sanskrit schools, Government Schools opened in 1826 to teach vernacular, initially under control of Mr Jervis. Numbers increased to 3 Government Schools in Poona by 1847, and 23 by 1883 (many other existed in the greater Poona district). They comprised:

In addition there were 45 Private schools, including: 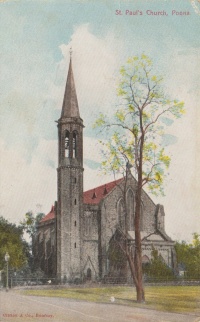 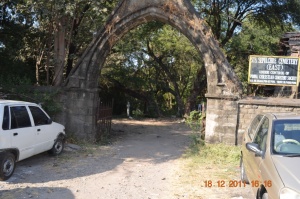 European newspapers were the Deccan Herald, and Poona Observer.