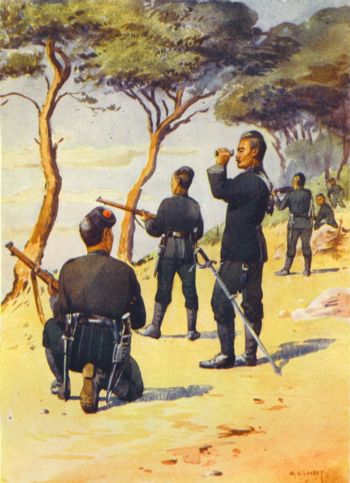 2/6th Gurkha Rifles
In 1915, the 2/6th Gurkhas (2/6 GR) were part of the 3rd Infantry Brigade, in the 1st (Peshawar) Division, defending the border of North West Frontier from attack by various tribesmen including the Mohmands, the Bunerwals and the Swatis.[1] The 2/6th Gurkhas were deployed to Mesopotamia in March 1916. The Battalion War Diary for 2/6GR in the first few months in Mesopotamia records their marching from camp to camp up the Euphrates river from Basra to Nasiriyah, constantly working on maintaining the flood defences in this low-lying waterlogged area. It seems disease was a constant threat and they record an outbreak of cholera.[2]

The Land Of The Gurkhas Or The Himalayan Kingdom Of Nepal by Major W Brook Northey, late 1st KGO Gurkha Rifles. Reprint edition, first published 1937. Archive.org. The author held the post of Recruiting Officer for five years, during which he was permitted to visit the interiors of Nepal that were out of bounds to other Europeans. Also available to download as a pdf from PAHAR-Mountains of Central Asia Digital Dataset.