Warned in advance that sepoys who mutinied at Dinapore would attack Arrah, the Europeans who remained behind fortified a bungalow. A relief force from Dinapore was driven back and it wasn't until 3 August that Major Vincent Eyre dispersed the enemy and raised the siege. 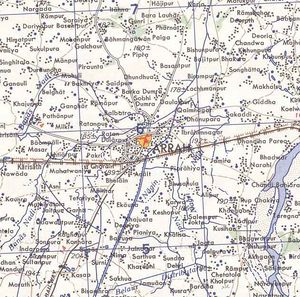