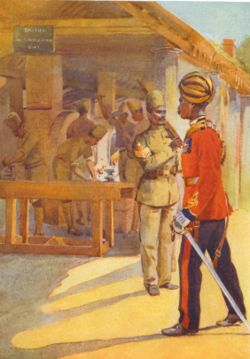 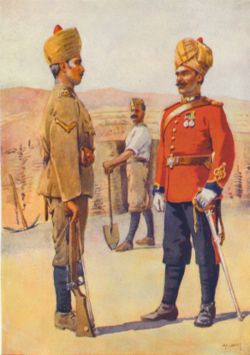 The Bengal Sappers and Miners were part of the Indian Army Engineer Soldier Corps comprised the three armies of the Presidencies [1]:-

The Bengal Sappers and Miners had officers who were part of

The Bengal Engineers being Engineers of one of the Honourable East India Company Armies. By the 1740’s each military administration of each presidency had its own cadre of British engineer officers, they were titled:- the Bombay Engineers, the Madras Engineers and the Bengal Engineers [2]

Our grateful thanks to The Royal Engineers Museum and Library, Prince Arthur Road, Gillingham, Kent, ME4 4UG, England for permission to cite directly from their website. Some records on websites do not give clear distinctions between the ‘Sappers and Miners’ and the ‘Engineers’.