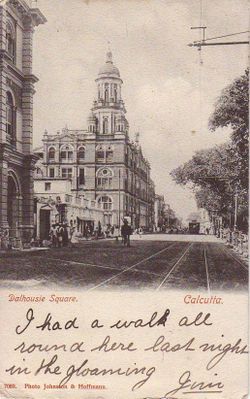 The leading photography studio of Johnston & Hoffman was established at 22 Chowringhee Road, Calcutta around 1882 by Theodore Julius Hoffman and Peter Arthur Johnston. A branch was opened in Darjeeling in 1890 and Simla in the mid 1890s. There was also a Burma branch at 70 Phayre Street, Rangoon for a short period between 1889-90[1] Hoffmann took over the business on the death of Johnston - which was around 1886 and soon after the Calcutta business commenced [2] Theodore Hoffman died in Calcutta, India in December 1921. [3]

It was possibly the second largest commercial photographers in India after the studios of Bourne and Shepherd and were one of the first to publish postcards in Calcutta from at least 1898 onwards. [4]

The company closed somewhere in the 1950s.