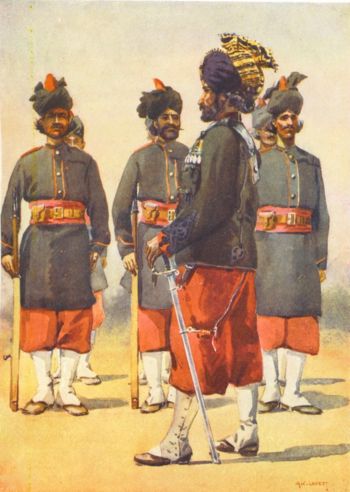 Known as the 1st Baluch (Beluch, Belooch, Beloochi) Battalion in the Bombay Army.
Known as the 27th Baluch Light Infantry in the Indian Army.

In addition to the Western Front, 1/127th Baluchis were part of the Bushire Field Force in 1918 and are mentioned in Operations in Persia.[1] See the Fibiwiki page Norperforce.

The regiment served in India, Iraq, Egypt, Italy and Greece.[2]