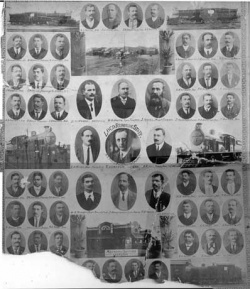 Kharagpur developed as a railway town with commissioning of the Bengal-Nagpur Railway(BNR) ‘Calcutta Extension’ from Sini to Khargpur, June 1898; the ‘BNR Cuttack Extension’ from Cuttack via Balasore to Kharagpur, 1898-9; the ‘BNR Jharia Extension’ to the Cossye River, 1899 and on to Midnapore, 1901 [1]

The geographical location of Kharagpur and its rail links with the rest of the country favoured construction of a centralised workshop with facilities to carry out major repairs of all broad gauge stock. The work was sanctioned in 1900; construction of the workshop was completed in 1904. [2].