Kolhapur State was one of the four Maratha principalities in the Deccan. It was brought under British control following the Kolhapur Campaign of 1844. Its capital was Kolhapur. 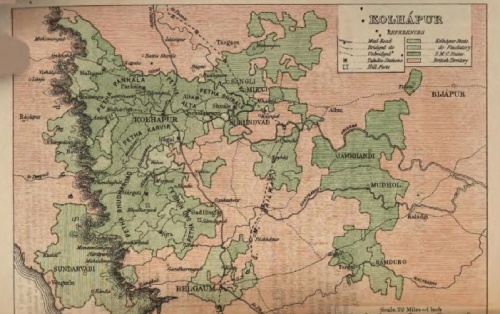 Map from Gazetteer of Bombay Presidency
Retrieved from "https://wiki.fibis.org/index.php?title=Kolhapur_State&oldid=48992"
Categories: