Naini Tal, a hill station in the Kumaon foothills of the outer Himalayas, was the headquarters of Naini Tal District in the Kumaon Division of United Provinces during the British period. A cantonment was located there.

Bhim Tal, modern name Bhimtal (Wikipedia) is situated 22 kilometres from Naini Tal. It was the location of a Boer prisoner of war camp , established in 1902 at the north end of the lake, according to this link[1]

Muktesar, (Muktsar, Mukstar), modern name Mukteshwar (Wikipedia), 51 km from Naini Tal, was the location of the Imperial Bacteriological Laboratory, which investigated diseases of stock in India. It subsequently became the Indian Veterinary Research Institute and remains the hill campus of that institution. It was also a tourist destination. 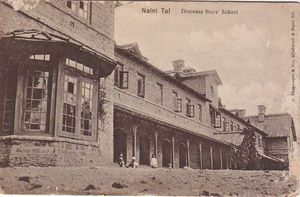 "In the latter half of the 19th century, a number of “European” schools were founded in Nainital for British boys and girls. By 1906, there were over half a dozen such schools, including the Diocesan Boys’ School (later renamed Sherwood College) under the guidance of the Church of England; Philander Smith’s College (now Birla Vidya Mandir), maintained by an American; St. Joseph’s College, a Roman Catholic institution; Wellesley School, an American institution; St. Mary’s Convent High School, a Roman Catholic institution; All Saints Diocesan High School for Girls, under the Church of England, and Petersfield College for Girls. In the 1920s and 30s, the schools began to admit more Indian students."[3]

The Philander Smith College disappears from the scene in the early forties, probably due to the Second World War. The deserted campus of the college was now to be occupied by the short lived Hallet War School of the early forties named after the last Governor of the then United Province. [2] 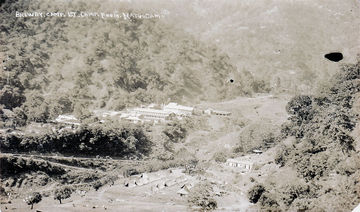