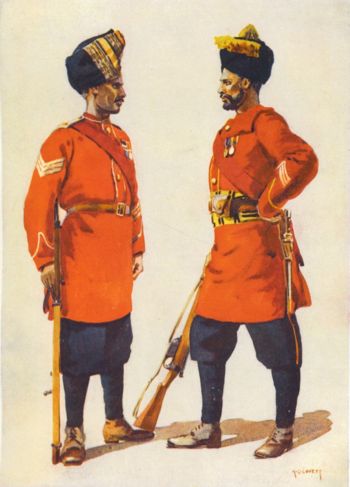 In the Indian Mutiny the 42nd Regiment of Bengal Native Infantry did not rebel and, in the ensuing disbandment of the Bengal Army regiments, it became the fifth most senior.

A revolt 15 February 1915 in Singapore of the 5th Light Infantry.

Report in connection with mutiny of 5th Light Infantry at Singapore 1915. Part 1 - Proceedings of court of enquiry. Part 2 - Report by H.E. the Governor of the Straits Settlements and the G.O.C. at Singapore. Simla: Govt of India, 1915