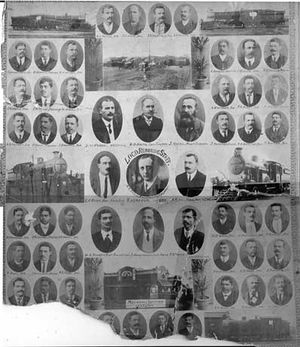 The following people have been identified from the BNR photograph as staff of the Kharagpur Railway Workshops Running Department in 1910
The individual images can be seen on Flickr BNR Running Staff 1910 uploaded from the personal collection of Valmay Young:-