THIS PAGE IS WAITING FOR MORE DETAILED INFORMATION

Jacobabad was the chief town and headquarters of the Upper Sind Frontier District of the Sind division of Bombay Presidency during the British period.

Founded on the site of the village of Khangharh by Major (later Brigadier-General) John Jacob in 1847. A town municipality was established in 1878.

The cantonment was located to the left of the Residency. It was abolished in 1914.

Jacobabad was a station on the Quetta-Pishin line of the North Western Railway. 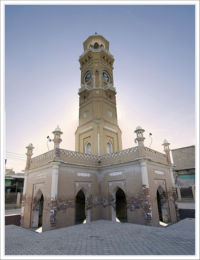