Mussoorie was a hill station situated in the Dehra Dun District of United Provinces during the British period. See United Provinces Districts. It was developed from 1825 as a summer retreat and remains a popular tourist destination. Several boarding schools catering for British families were established in and around Mussoorie.

Landour was a cantonment adjacent to Mussoorie. There are a few references to a cantonment at Mullingar, which is probably part of Landour, where there is a Mullingar Hill. 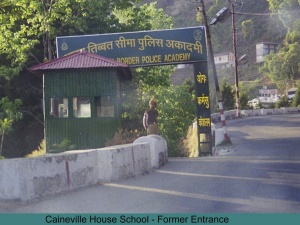 For more information about schools, including additional schools, refer The Guide to Mussoorie in 'Historical books online' below.

"Murder at Savoy" by Anupma Khanna 7 January 2016 The Pioneer

Landour page 378 Report of the Commissioners Appointed to Inquire into the Sanitary State of the Army in India : with Abstract of Evidence, and of Reports Received from Indian Military Stations 1864 Archive.org

Extracts from Guide to Mussoorie, 1908 "Compiled from various sources for F Bodycot, Mafasilite Printing Works, Mussoorie". 54 page pdf. Original book 159 pages. Note this pdf may be slow to load (archive.org link)
Restricted access. The complete version of this book appears to be available to those in North America on Google Books and Hathi Trust Digital Library websites