Prior to the opening in 1891 of the ‘Kojak Tunnel ‘- see separate page a temporary system of ropeways were constructed over the Kwara Amran range of mountains on the Afghan frontier of India. The object was twofold[1]:- 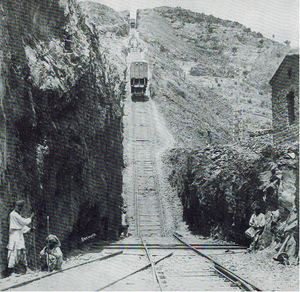 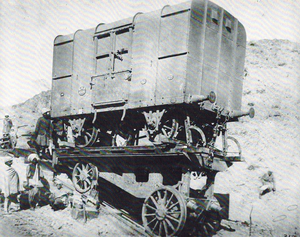 It was specified that the Ropeways:-

The Report [1] stated that the first portion of the temporary line leaves the permanent line on the east side of the range at Shashakhan :-

This then joins to the permanent railway close to Chaman Fort, which had been laid with a gradient of 1 in 40 for a distance of 10 miles to the terminus at New Chaman.

The works were constructed by Walter James Weightman (the author of this Article) , under the instruction of Francis Langford O'Callaghan, Engineer-in-Chief; the designs and drawings having been first submitted for approval to Guilford Lindsey Molesworth , Consulting Engineer to Government.
All the machinery and appliances were made at the ‘North Western Railway’ Locomotive and Carriage Shops at Lahore under the direction of Charles Thomas Sandiford