Simla was the headquarters of Simla District in the Delhi Division of Punjab Province during the British period. It was the hill station linked with Delhi and the summer retreat of the Viceroy from 1864. In the centre of Simla is the large open space known as The Ridge. The colonial-era architecture in the town is notable for its mock Tudor style.

The current name is Shimla.

Kaithu near Simla, was a small community c early 1930s, but included a small Bazaar, Post Office, and a fairly large Convent of Jesus and Mary run by the Loretto Nuns. A troop of Gurkhas was stationed there, about six hundred yards lower down the hill. Mrs. Oliver's private school operated then, about thirty pupils between the ages of five and eight were taught by her, both in Simla in the summer and Delhi in the winter.[1]

The narrow gauge Kalka-Simla Railway is still operational, having opened in 1903. 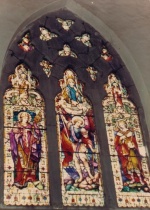 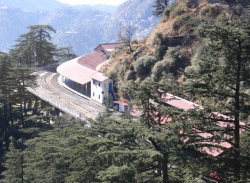