Lahore was the headquarters of Lahore District in the Lahore Division of Punjab Province during the British period. It was the capital of undivided Punjab until Partition in 1947 after which it became the capital of West Punjab in Pakistan. 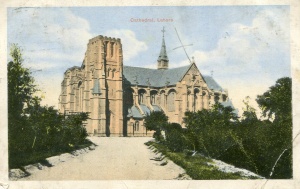 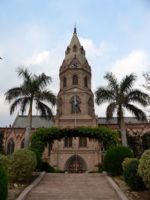 The Cantonment was situated 3 miles east of the civil station of Lahore and until 1906 was known as Mian Mir (alternative spelling Mean Meer, Meean Meer). This link,[1] gives a description of Meean Meer c 1868, while this link[2] mentions the clean up and change of name to Lahore Cantonments.

Prior to the establishment of Mian Mir, and perhaps concurrently with it, there was a a cantonment at Anarkali (Anarkili, Anarkullie, Annarkullie).

"Meean Meer" page 385 Report of the Commissioners Appointed to Inquire into the Sanitary State of the Army in India : with Abstract of Evidence, and of Reports Received from Indian Military Stations 1864 Archive.org 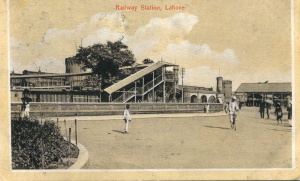 Lahore was the headquarters of North Western Railway. There were railway workshops and a railway colony. 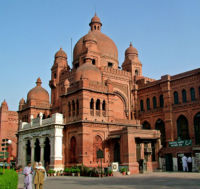 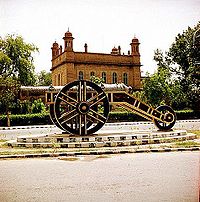 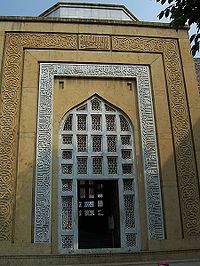 The following are historical monuments protected during this era. The year is brackets is the year of their notification.

The following are some of the people whose statues were erected during the period. All except one has been removed from their original locations.