a sub-section of the main page Oudh and Rohilkhand Railway(O&RR). 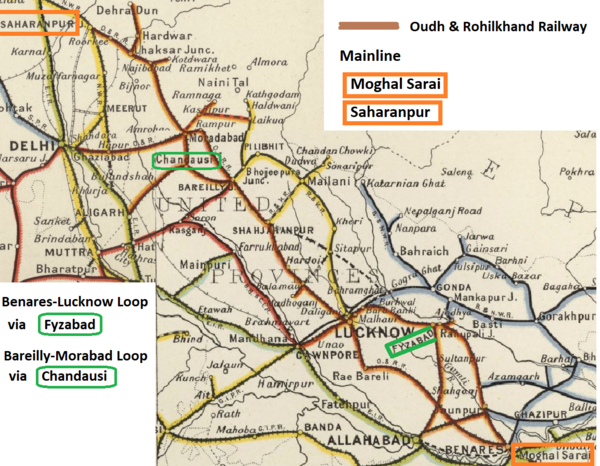 The O&RR was merged into the East Indian Railway(EIR) in 1925 when the latter came into state management.

A small number of branches and extensions were constructed after 1918 by the O&RR before merger into the EIR. These are listed under the ‘EIR System’ in the “History of Indian Railways 1937”[2] .

The following gives the O&RR lines that were opened on transfer to the ‘East Indian Railway’(EIR) in 1925.
This information below is taken from the “1937 History of Railways” ”[2] .
Changes from the “1918 Administration Report“ [1] are given in Italics