There were a number of orphan schools in and around the city of Madras. The details in this article include many references to Google Books sources. 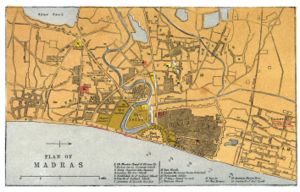 Bell wrote two books about the system of education he developed, giving details of the Asylum

Poonamallee is a town about 15 miles from Madras. An asylum for the children of British Army soldiers, was established in 1819. See page 195 The Calcutta Annual Register (1821) Google Books. It is not clear how long this Asylum continued. All the girls were transferred to the MMFOA in 1826. All the boys may have been transferred at this time also,with only very young boys remaining under the care of the Poonamallee Asylum, such as those who appear to have been transferred to the MMMOA in 1835.

There are numerous mentions of children throughout the reports