After the fall of Kalpi the rebel force under Tatya Tope, Rao Sahib and Rani Lakshmibai seized Gwalior forcing the Maharajah to flee. Sir Hugh Rose advanced from Jhansi and Brigadier Smith from Antari. Smith with the Rajputana Field Force encountered the rebels at Kota-ki-Serai about four miles southeast of Gwalior. In the ensuing action in intense heat the 8th Hussars made a determined charge through the enemy camp capturing three guns. Rani Lakshmibai was killed and the rebels forced to retreat. 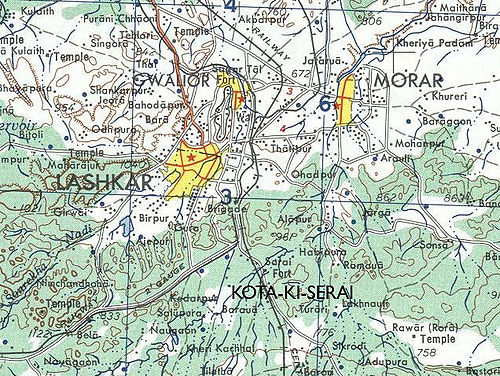