From FIBIwiki
(Redirected from Corps of Guides, Punjab Irregular Force)
Jump to navigation Jump to search

Also known as The Guides.

The object of the Corps of Guides, composed of horse cavalry and foot soldiers, was to provide trustworthy men to act as guides to troops in the field, and also to collect intelligence beyond as well as within the North-West Frontier of India. The regiment was located at Mardan on the Peshawar border and became one of the most famous in the Indian army. The Corps of Guides were the first soldiers in either the British or Indian Armies to wear Khaki - which derives from the Indian word for dust. 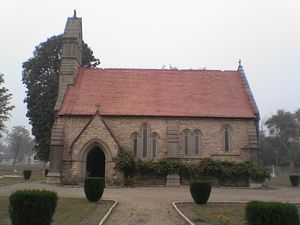 Volume 2: History of the Guides 1922-1947, by Sir George MacMunn, published 1950, is available in a reprint edition,[1] which in turn is available online on the Ancestry owned pay website fold3 (located in Military Books/India).