The ‘Tirhoot State Railway’ was worked in conjunction with the B&NWR. See separarate page for full information 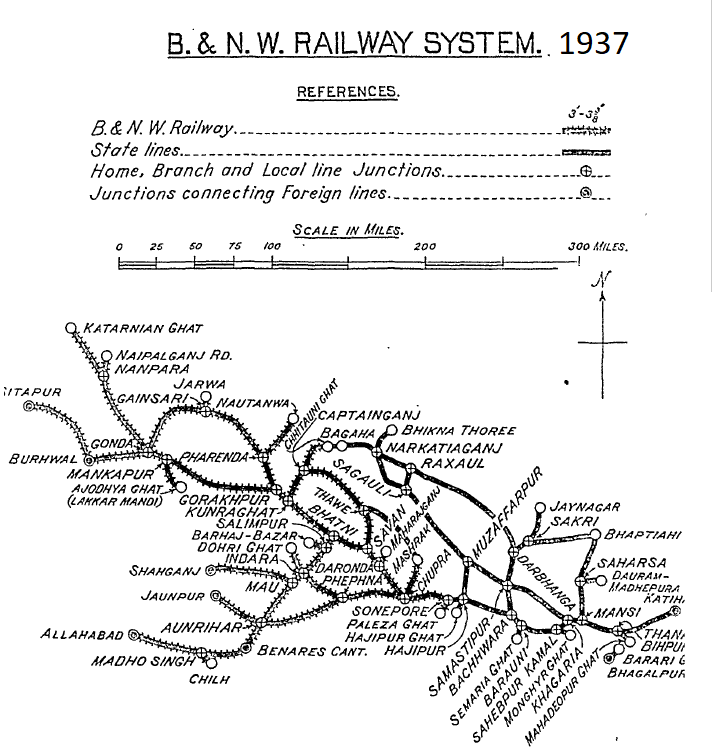 The following is generally based on the 1918 Administration Report for Railways [1] and the 1937 History of Indian Railways, Railway Branch [2] 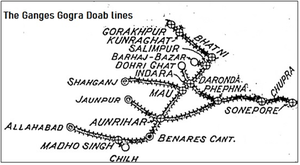 The ‘Ganga-Gogra Doab Lines’ were the classification given by the B&NWR to the lines in this area, and were part of the ‘B&NWR Mainline branches’ above.

The lines run through an especially fertile area of land between the Ganges and Gogra rivers known as the Doab. Doab literally means land lying between two confluent rivers, the Ganges (Ganga) and the Gogra. Most of the trade was born by these rivers and the railway has many spur lines to ghats on both rivers. The lines comprised:-