The first ‘Railway Conference’ was held in 1879. The periodic meetings of the Conference brought senior railway officials together to formulate policies and procedures that would enhance inter-line cooperation and coordination [1]. This by developing rules and regulations for booking of traffic and interchange of trains between railways; also to act as a consultative Committee and as a Board of Arbitration [2].

No other records of further meetings of a ‘Railway Conference’

The 'Indian Railway Conference Association' (IRCA) came into existence in the year 1902. At that time railway network in India consisted of 19 privately owned separate railways systems covering a total of 8,475 miles (13,640 km). Each company had formulated its own rules and regulations regarding charging, booking and carriage of Passengers and Goods. Due to multiplicity of rules the user was very much inconvenienced. IRCA was formed to overcome the difficulties in regard to different rules and regulations and to frame rules regarding movement of wagons of one railway system over the other [2].

Subsequently the Committees for prescribing common standards for wagon maintenance and Classification were formed and by 1926 it was decided to have permanent Committees and Technical sections covering all spheres of Railway working under IRCA [2], consisting of the following:- 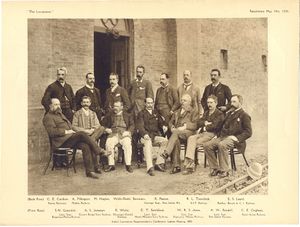 The "Locomotive Magazine and Railway Carriage and Wagon Review -Indian locomotive superintendents of the nineties", scan provided by ‘The Steam Index’ webmaster Kevin Jones with grateful thanks, Aug 2016 [9]

'Photograph taken in cold weather of 1892 at Conference of held in Lahore' with the list of delegates :- 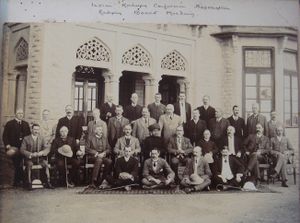 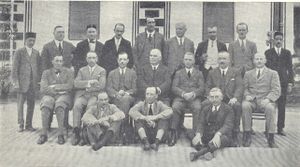 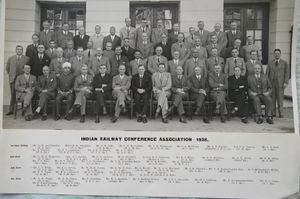