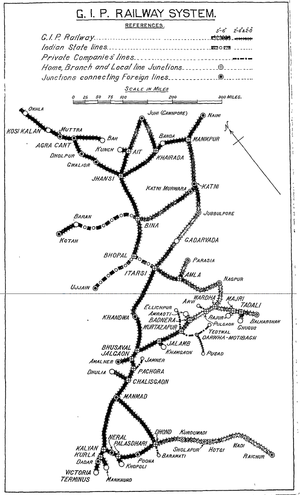 - a sub-section of the Great Indian Peninsula Railway (GIPR) page

The information below is mainly from the “Administration Report on the Railways in India – corrected up to 31st March 1918" [2] and subsequent additions and variations referenced from the 1937 ‘History of Railways’) [1]. 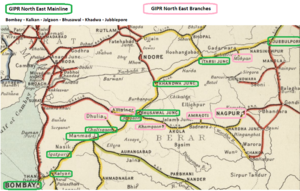 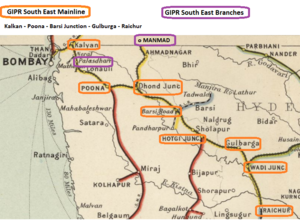 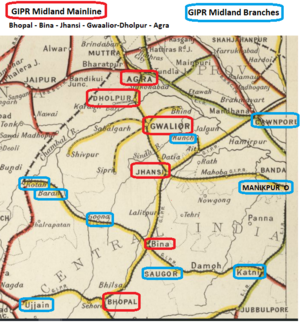 Lines worked by GIPR at some time - alphabetical order