The listings below are generally based on the 1937 “History of Indian Railways”[1], and also where extra information is available from the 1918 “Administration Report on Railways” [2]

North Western Railway System.
The NWR owned and operated an extensive network of railways of mixed gauge, and was the description applied for the actual ‘NWR Proper’ lines plus a number of broad gauge (BG) and narrow gauge(NG) lines on behalf of other parties:- 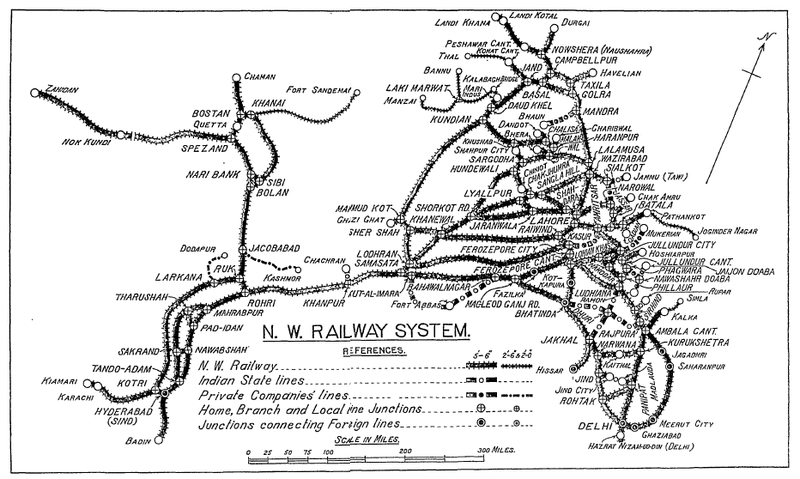 This is the heading used in the 1937 Report